Weds night round 7 (21st Aug) results, full report & final overall points table > FE Rd7 21st August & FINAL overall points standings 2019
There was very much an “end of season” feel about the meeting as this was the last of the 7 round series which started back in April. The racing was close with many personal battles, some would decide places in the overall series, but not the top spot as that had been secured by Chris Locke at the previous round. Russ won on the night and secured 2nd place overall, with Dave taking 3rd place in the series.

Weds night round 6 (31st July) results & overall points table > FE Rd6 31st July 2019
Before the racing got underway all the drivers stood together and held a minutes silence in respect of our good friend Arley.
We had 9 entering on the night, so heats of 4 and 5 were run. The racing was very close all evening with many good battles and several changing places more than once. In one race 4 boats all crossed the finish line just seconds apart having all completed 19 laps! Chris and Nigel were tied for this round, both scoring 52 points. The result was enough for Chris to win the overall series with one round still to go.
Congratulations Chris who is the 2019 Weds Night Series winner.

Weds night round 5 (10th July) results & overall points table > FE Rd5 10th July 2019
We had 11 entries for this round and so heats of 5 and 6 were raced together. The weather could not have been better with a perfect summers evening and just a light breeze. There were some very close racing throughout both heats and the usual thrills and spills – plus a boat or two sticking it in the marker buoys!
Chris drove superbly to easily win this round, with Kevin picked up 2nd spot and Mark (Sutton) was 3rd.

Weds night series Round 4 (19th June) results & report > FE Rd4 19th June 2019
It was very windy with choppy waters for round 4 of the series. the 10 boats were raced in two heats of 5 and the rough conditions produced some entertaining racing. Kevin racing his Vector boat for only the 3rd meeting had a great night finishing in 3rd, then 2nd and then 1st places and won the round easily. Well done to him. Chris finished in 2nd place and extends his lead in the series overall. Richard H continues to improve as he picked up 3rd spot.

Weds night series Round 3 (29th May) results & report > FE Rd3 29th May 2019
10 drivers were split into two heats of 5 which produced some really good racing. Well done to Dave who drove faultless all night and won the round, ahead of Chris and Russ.
Dave has closed the gap in the series overall, Chris still holds a nice lead but there is still a very long way to go, that’s providing the dreaded algae does not return!
Thanks to Mark (Sutton) for the photos, more can be seen on the clubs Facebook page; 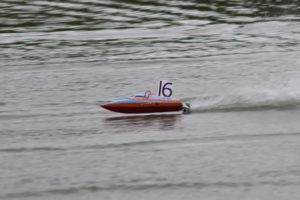 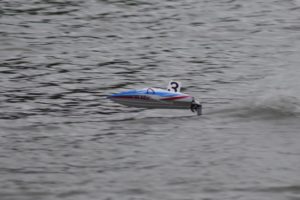 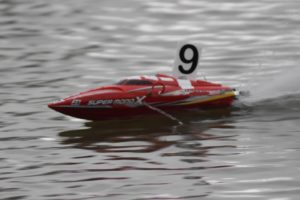 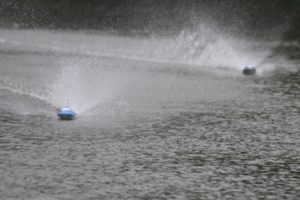 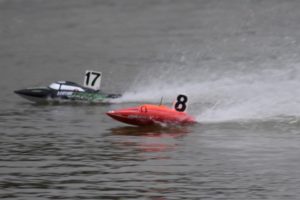 Weds night series Round 2 (8th May) results & report > FE Rd2 8th May 2019
Somehow we managed to dodge the very worst weather on the night and the 11 Drivers turned up despite the forecast and enjoyed some superb racing action over the 7 heats races. Well done to Chris on winning the round overall, Mark (Sutton) for his 2nd place and Richard L who just nicked 3rd spot ahead of Bob.
Welcome aboard Mark (Shipman) and Kevin who were racing with us in this series for the very first time.

2019 Wednesday Night Series kicks off to a great start!
We had 12 boats entering and just managed to squeeze in 8 heat races before it got dark, a super start to the series with some great action packed races!
Well done to Chris for wining this round overall. Russ took 2nd place ahead of our youngest driver Tom who finished in 3rd. Mark S who had not raced any FE boat for over year returned to take equal 4th place against some though competition.
Full results & report > FE Rd1 17th April 2019 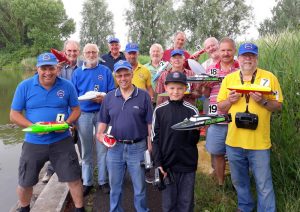 FE Rd5 4th July 2018
Round 5 for the Weds night series – we had a record 13 taking part and once again some good races and a few near misses! Race 2 had the top 4 places separated by just 21 seconds and 6th to 8th places by just 9 seconds!

FE Rd4 13th June 2018
Round 4 in the Weds night series – we had a good entry with 11 boats taking part and some really good and close racing throughout all the races. In one race 5 boats were separated by just 42 seconds!

FE Rd3 23rd May 2018
Weds night series round 3 – there were 9 entering this round on a perfect evening with just small ripples on the water. Racing was very close at times, in one 7 boats were separated by less than 2 laps!

FE Rd2 2nd May 2018
Weds night series round 2 – it was another great nights racing with 11 entering and just enough light to complete 3 races. Very strong winds made for very choppy waters and plenty of scary “moments” for a few!

FE Rd1 11th April 2018
Weds night series 2018, Round 1 – Overall it was a very good night just a shame the poor light meant we could not get in a 3rd race. Great to see 11 entering and to have a Super Mono X, Human Torch and a Little Pepper boats sharing the top 4 places.